History of the Body

A rhetoric of embodiment has arisen in many contemporary discourses that seek leverage against the abstracting, totalizing, and idealizing tendencies of theory. Such investments in ‘The Body,’ however, risk repeating the very process of abstraction, totalization, and idealization that they seek to counter, particularly when a unitary ‘Body’ with no further specification is called upon to do all the heavy lifting.

Can we produce a rhetoric of embodiment that does not immediately reinvest itself, through such lack of specification, in the body/mind dualism? This course will take a historical route to answering that question, examining the emergence of the body as a site of knowledge for humanism, while at the same time attending carefully to humanism’s gendered and racialized unconscious. We will explore how constructions of ‘The Body’ produce hierarchizing and marginalizing effects, in terms of which flesh can and cannot access its pains and privileges. We will explore how sentience and affect are figured through shifting layers of historical knowledge that unsettle any unitary or stable concept of ‘the human.’ And we will conclude with a consideration of the range of claims — technical, philosophical, and political — that have been made recently on behalf of the “posthuman” bodies.

The “liminal norm” of Performance Studies recurrently privileges the marginal, the underground, the outsider, and the queer. This course places that liminal norm into conversation with the ‘sociology of deviance’ that developed at the University of Chicago in the 1920s, particularly in terms of its study of “delinquent” groups. Linking that early articulation with subsequent revivals of deviancy theory, in particular with the ‘subculture’ studies of radical sociology and cultural studies in 1970s Britain, we will assess the relevance of this literature to the analysis of dissident and outsider cultures today. After pursuing a genealogy of the concept of “subculture,” which will involve unpacking its implicit hierarchical connotations, we will consider the prominent role of behaviorism in the study of cultural dissidence, and ask how the ethnographic and psychiatric study of marginal groups have become modes of power/knowledge, forming a template for subsequent policy interventions and political scapegoating. We will pay particular attention to the prominence of music, fashion, and community in subcultures. We will also consider the factors of race, age, and gender that structure the classic subcultural icon, the working class white male, whose alignment with display, excess, and performance renders him both feminized and potentially monstrous in relation to normative masculinity. At the same time we will examine the appeal of subcultural performance to queer, female, and non-white youth cultures. 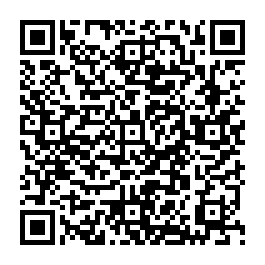