PULSE New York will take place at Pier 40, March 27th-30th, and will coincide with The Armory Show. Pier 40 is located in Greenwich Village at the West Side Highway at West Houston Street. In its third year, PULSE New York will feature works in all media from over 90 established and emerging galleries.

Chez Bushwick is pleased to partner with PULSE New York to present a program of live performance by artists whose work crosses over into the realm of visual art performance. The performance will take place on March 28 & 29 at 7pm, and is free with fair admission. 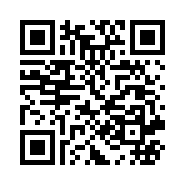